Gold is 19.3 times heavier than an equal volume of water. It’s rare, soft and unreactive.

Gold is a rare metal. Its chemical symbol is Au, named after Aurora, the Roman goddess of the dawn. The purity of gold is described by its “fineness” in parts per 1,000 or by the carat scale, which is parts per 24. The word “carat” derives from the Italian carato, Arabic qirat or Greek keration, all meaning the fruit of the carob tree. Ancient traders used carob seeds as the means to balance the scales in oriental bazaars. Pure gold is 24 carats or 1,000 fine.

The price of gold and other precious metals is quoted in terms of troy ounces. The term “troy” is derived from Troyes, France, a major trading city of the Middle Ages. One troy ounce equals 31.1 grams.

What Are the Properties of Gold?

Pure gold is soft and wears easily. It is often mixed with other, harder metals. A mixture of metals is called an alloy. Gold is very unreactive. This means it is resistant to corrosion and tarnishing. That is why a gold nugget can be buried in the ground for thousands of years and still come up looking shiny.

Gold is malleable (easily shaped) and ductile (can be drawn into very thin wire). A square lump of gold about the size of your thumbnail would weigh an ounce. That ounce of gold can be flattened into a sheet so thin that it would be thinner than a piece of tissue paper, and light could pass through it. It would cover an area about the size of a small bedroom. The same lump of gold can be drawn into a piece of wire 80 km long. That’s long enough to go around a rugby field 23 times.

Where Is Gold Found?

Gold is found as a free metal in nature. It can be found as nuggets or bound up with rock and is too small to see with the naked eye. It is sometimes found in association with other metals.

What Has Gold Been Used for in the Past?

Gold has been used for ornaments and decoration and as money for over 5,000 years. Gold leaf has been used for the decoration of tombs and statues, cathedrals and temples, fine books, and picture frames since Egyptian times. Many Egyptian burial cases, including King Tutankhamun’s (1352 BC), were gilded with beaten gold. Gold leaf is still often preferred for adorning the domes or ceilings of buildings (such as the Metropolitan Opera House in New York) because its resistance to corrosion means that it will outlast paint by many years.

Gold was made into jewelry long before it was used as currency. The earliest gold jewelry dates from the Sumeric civilization around 3,000 BC. The jewelry was worn by both men and women. Goldsmith’s skills that were understood and mastered at that time are still used today, although some of the techniques have been lost. Gold wedding rings, used in marriage ceremonies since the ninth century, date back to the ancient Egyptian times. The ring is placed on the third finger of the left hand because it was believed that this finger carried an artery leading directly to the heart.

Besides being a currency, gold has many uses, including: 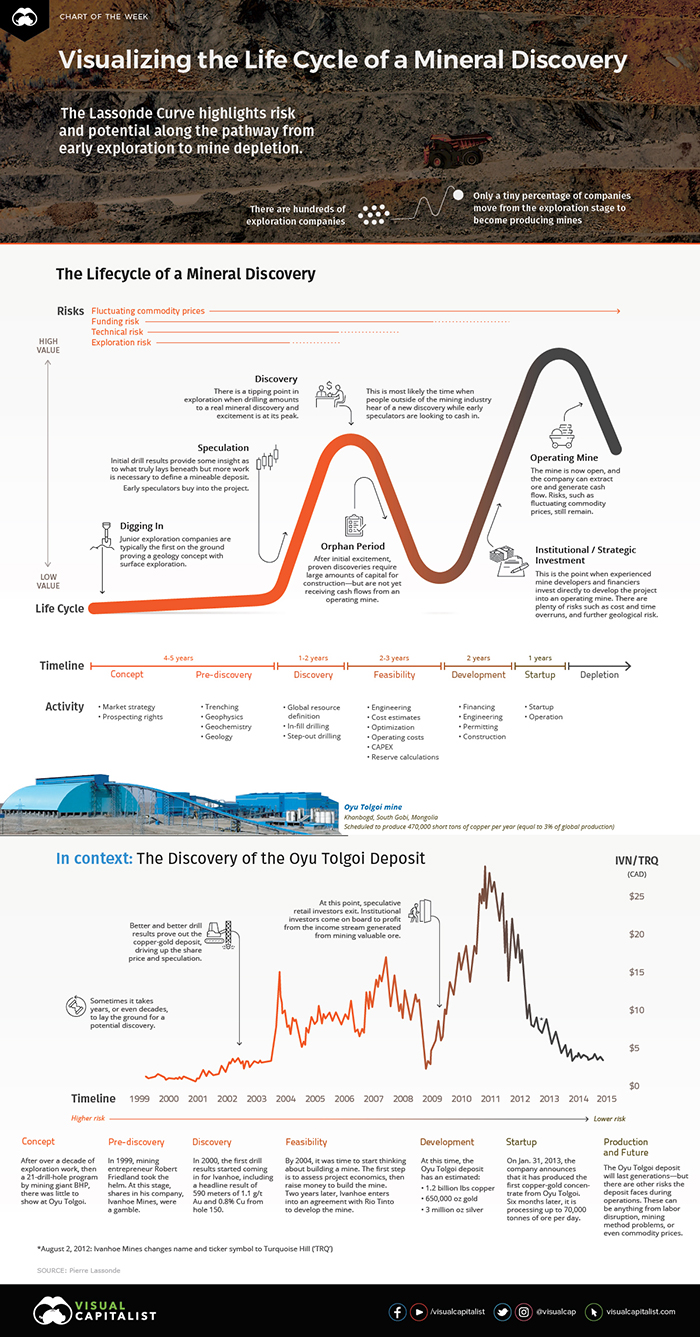 Mine production accounts for roughly 75% of the annual supply of gold. However, there is a long lead time for the price of gold to affect the supply side. Gold mines take many years to complete and operate. But before the precious metal is extracted, companies like Rockridge Resources must discover it.

Gold exploration is challenging and complex. It requires significant time, financial resources and expertise in many disciplines – geography, geology, chemistry and engineering.

If a discovery is made, it is up to the exploration company to continue drilling to further grow and understand the mineralization zone. When enough drill data is collected, a NI 43-101 is published and the ‘Deposit’ is official. The exploration company will then further develop the deposit or look to bring on a mining specific company to acquire the asset and/or company.

Significant value can be created for shareholders of the exploration companies as they go through the steps of finding the next gold mine.